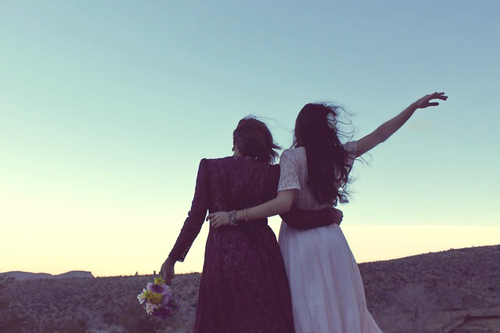 With all of the changes being made around the country in regards to legalizing gay marriage/gay rights, it’s unfortunate the amount of knee-jerk support received for someone opposed to such (Phil Robertson). While many claim their support is in regards to the “so-called” violation of the first amendment; others understand that it is merely a consequence that is a result of a man’s actions. Some believe his statements to be the undeniable truth while others fall back on the on the core belief that all men are created equally and most importantly should be treated as such.

Several states across the nation are opening up the rights to legalize gay marriage, and this slow climb represents a reform that will modify the culture of the United States indefinitely. If we think about it, less than 50 years ago, African Americans weren’t even allowed to vote, and even then the collective prejudices were working towards a resolution.

While prejudice unfortunately still remains for many, we can all agree that we live in a progressive culture where ‘newness’ is considered the next best thing. Let’s all realign the importance we place on what is deemed important by pop culture standards, to what is ethically sound, and is evolving all around us. I should give a nod to Dobbins Air Force Base, located in Cobb County, Georgia as they showed their respectable colors in forward thinking in yesterday’s Marietta Daily Journal article. The published article announces that the Air Force Base is cutting ties with Boy Scouts of America, as their principles no longer align with one another in regards to gay rights.

As opposition to gay rights/marriage will always be common, the support of those who believe in the unity and progression of mankind shall ultimately overcome and subdue the short-minded bigotry within certain circles of our society.